“Indecent behavior” means all actions and utterances that go against what is presented to us in God’s word to lead an honest, virtuous and sincere life. The term “indecent” is to be understood in the broad sense: fraud, corruption, collusion and everything else that comes close to it is included. We also include expressions and behaviors that are considered inappropriate for Christians.

Fraud can be described as administrative forgery and fraud, evading regulations and deliberately harming the organization or that of the contract partner for its own gain. If fraud is found, the board will proceed to inform the circle of beneficiaries.

Corruption can be described as depraved behavior in communion with – or towards third parties – attempting to influence someone in such a way as to provide consideration that would otherwise not have been obtained.

Collusion can be described as plotting malicious plans in community with third parties, whether or not directed against one’s own organization or that of the contract partner.

Indecent can be described as behavior or expression that is inappropriate in general, but for Christians in particular. 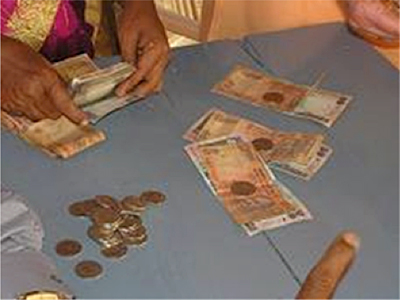 Irregularities can occur within the “De Vaste Burcht” foundation, but also with our foreign partners. To prevent abuses within our foundation, we focus on:

Irregularities in our foreign partner organizations must be prevented in another way. We have to take into account large differences in culture, education and living conditions.

The inhabitants of India live in a clearly collectivist society, which means that the family, group or region prevails over those outside it. In addition, the word choice has to be corrected: denials are unusual. In order to be able to form an unbiased opinion, we provide comparative data as far as possible that is not provided by our partners.

There are no written guidelines for our foreign partner organizations to describe good governance. Everyone – including abroad – knows how to act and how we act in suspected irregularities.