AP is one of the 29 states of India, and the surface is about four times the size of The Netherlands. Andhra Pradesh counts 50 million inhabitants, and the most common language is Telugu. In the remote areas live several tribes with their own languages and dialects, among them Adivasi people. They consider themselves as the descendants of the native Indians, and they do not adhere to the Hindu religion. They worship a nature religion, and pray to heaps of stones and trees. The state belongs to one of the poorest in India. The remote areas are difficultly accessible, and are dominated by terrorist organizations like the Naxlites, the extreme wing of the BJP and the Rastriya Swayamsevak Sangh (RSS. All of these have one thing in common: they are hostile to Christianity.

Agriculture is the most important livelihood, and comprises especially rice, tobacco, cotton, sugar cane and peppers. The new capital is Amaravati. You are lucky if you are able to find a job in a city. A room maid in a hotel earns $ 80, a receptionist $ 120. A government job starts with $ 130 and a bus driver really makes it. He is the King of the Road driving his mighty bus, honking constantly with his amplified horn. He earns around $ 250 – 400 monthly. Regular jobs (in an office or shop) can hardly be found outside the big cities, and nothing else can be done than presenting yourself as a day labourer. 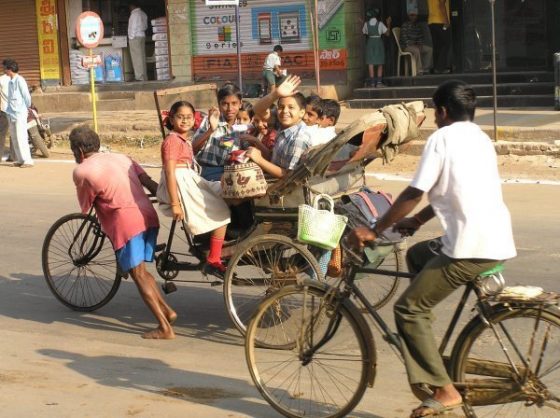 The large majority of the population lives in poverty, and approximately one third of the population lives below the poverty line, defined as a daily income of US$ 1.90 a day (World Bank, 22 May, 2016). According to official statistics 89% of the population belong to Hinduism, 9,1% belong to Islam and 1,7% are Christian. The last figure is most probably incorrect, for many Christians do not reveal their faith. They will be dismissed from government jobs, and quite often they will not get jobs elsewhere.

Where we work in Andhra Pradesh: Visakhapatnam

AP is divided into 13 districts, and we confine to the district of Visakhapatnam (top right on the map), measuring 1/4th of The Netherlands, and counting around 4 million people (1,4 million of them in the capital of Visakhapatnam). The south-western part of the district – the area where we work – has a radius of some 70 miles. It is described as “deep forest area” or “remote area” without cities or towns of any importance, and without essential facilities like acceptable education or even the most basic medical care. 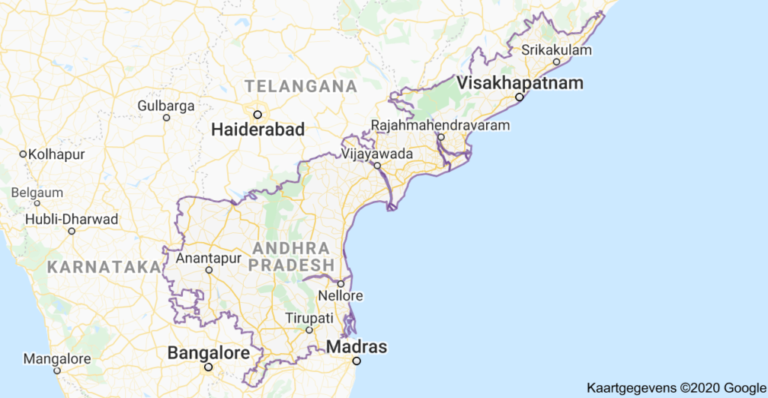 Support one of our projects: